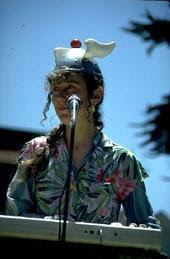 Miss Soundz was and apparently still is a street performer, formerly in Boston now in San Francisco. She seems to have been something of a local cult figure in these locales, wearing her winged steel helmet and playing trance-like covers of well-known songs.

She probably would have never moved past local cult hero status, except that in 1990 she recorded an album that is highly prized by aficionados of "Outsider" music.

Posted by A LISTENER at 4:31 PM No comments:

Posted by A LISTENER at 9:15 AM No comments:

A classic little Christmas playlet starring David Niven:
Posted by A LISTENER at 9:10 PM No comments:

This obscure Dutch single was apparently the first-ever cover of a Velvet Underground song:

A priceless live performance clip with surprisingly good sound quality. From an appearance on French television:

Posted by A LISTENER at 2:48 AM No comments:

Brilliant slice of UK psych, recorded in 1968 but inexplicably unreleased until the 1990s. 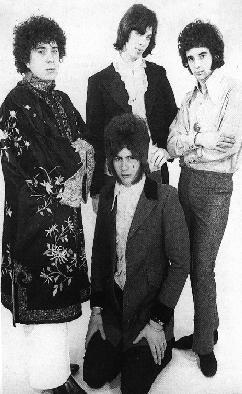 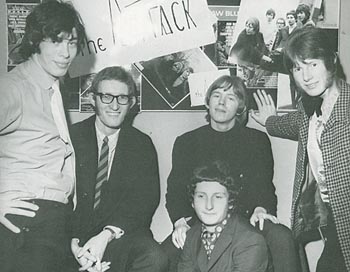 Read more about them here:
http://www.marmalade-skies.co.uk/attack.htm
Posted by A LISTENER at 11:06 PM No comments:

This is Eddie performing the song in the 1930 movie version. The lyrics have been altered somewhat.